From the sting of a nettle to the bite of a spider, the world is full of lifeforms that have developed ways to defend themselves from predators or attack their prey. it’s safe to say that almost everyone has been stung or bitten at least once in their life, even in countries inhabited by very few truly dangerous plants or creatures. This can even happen in your own garden!

It occurs so often that humans have developed a huge variety of easy-to-apply remedies in the event of an unexpected attack. This can vary from the scientific, like applying rubbing alcohol to clean a wound, to the more nescient, like applying vinegar or even toothpaste.

Read the infographic below on some of the world’s most common stings and bites, as well as some of the most popular home treatments.

Infographics (15) Before you buy, guides, FAQs and tips (13) Delivery and returns information (4) Terms, conditions and guarantees (7) Greenhouse Brands (6) Visit Us (2) Our services (1) Greenhouse Maintenance (1) About the Greenhouse People (3) How to avoid storm damage (1)

It will only take 30 seconds and we will aim to have it with you the next working day! 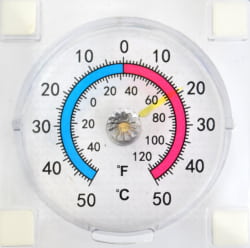 Give us your address and we'll rush you a brochure straight out in the post, along with a free thermometer!

We'll create an account for you so you don't have to enter your details twice and we'll email you a password, allowing you to log into your account to see the status of your request or any future orders.

Thank you for subscribing!

Please check your email for your discount code.